Our Mission: Be a bridge that leaders cross to get from where they are to where they want to be and discover more of who they are on the journey.

Participation in A&R's Leadership Development program moved members of our leadership team to a strong belief that anything is possible.

Judith Anderson demonstrates the unique ability to cut to the chase with insights to effect more productive behavior in colleagues and, more importantly, oneself.

I would highly recommend Judith Anderson to any team that needs to undergo change while having a requirement to maintain their output.

Jim Rust took mountains of our data and in a short time turned it into the information we wanted to set targets and achieve customer outcomes.

We brought in Judith Anderson and her team to work with us and a co-marketing partner to help turn-around a relationship that was filled with tension and distrust.  With their assistance, we were able to make major strides in improving not only the relationship but overall business results.

Working with A&R Consulting over many assignments was and continues to be a great experience.

The learnings through Judith (A&R) never leave you.

Hopefully, as you read this today, you will take a minute to stop and reflect on how much you are appreciated by those you are coaching.

We have continued our outstanding year with another excellent month in June. . . But the story here goes beyond what we have done; what is really interesting is how we have learned to do it with A&R's assistance.

We have always been a company where loyalty counts -- a family company.

Thank you for a great meeting today! We were able to cover quite a bit of ground.

This really helped us see the process in its entirety.

The retreat was an extraordinary experience and exceeded all our expectations.

I just finished Judith's book and love it - I've been recommending it to everyone.

Christine Chui enabled us to grow our enterprise leadership with Asia Medical Affairs Council, coached and uplifted my leadership capability to help me work effectively with my peers and to lead great teams across Asia.

Sessions with Susan enabled me to think about who I am, how I am with others and how I can become more effective in leading teams and projects. It also provided me with greater self-awareness, so that I can interpret my surroundings and tune in to what is really going on around me.

Our History:  Judith Anderson founded A&R when Stolt-Neilson, a leading logistics company, offered: “If you ever want to start a consulting business, we have a job for you.”    Jim Rust became A&R’s first associated partner in 1991, bringing world class mathematical modeling skills.  Through 2004, A&R focused on logical modeling, answering questions such as “How many bakeries does Burger King need, and where should they be located?” and “How do we get all the parts to arrive at an automotive engine plant just in time?”

A&R clients asked Judith and Jim to facilitate internal teams charged with solving these kinds of problems, for example: “How do we cut our manufacturing costs by 30%?”  Jim demonstrated tremendous strength in showing other how to think through these challenges and Judith became increasingly interested in team dynamics and working collaboratively across functions to solve these challenges.   In 1999, Judith added a Masters in Psychology to her credentials. She began working with another associate partner, Tom Dyer, to design the ‘Goal Acceleration’ coaching program for leaders and leadership teams.  In 2001, other partners joined A&R to deliver the Goal Acceleration program, including Peggy Nagae, Susan Steiner,  George Fleming, Christine Chui and Amy Wilczynski.  Along the way, many others with specialized capabilities partnered with A&R and contributed to our success. Today, coaching individuals and teams and facilitating customized workshops are the primary focus of A&R.

All of A&R Associates, fondly known as “The Musketeers,”  support, encourage and learn from one another.

How We Work
People and Culture

A&R’s competencies include creating clarity around shared goals, addressing unproductive behaviors, and improving communication and collaboration so that goals are reached with less trauma and drama, and evermore grace and ease.

A&R integrates a number of tools in its analytical process to turn data into insightful information for decision making and problem-solving that improves business results.  While with Jim Rust’s retirement, we no longer do analytical modeling, our interest in business success and what it takes to get there remains a passion.

Judith Anderson founded A&R; Consulting in 1991, and is the firm’s Managing Partner. She currently works with global and cross functional management teams and lends insights on how communication and productivity can improve so that critical goals are reached more easily and gracefully.

Jim Rust is retired, but consults on an ad hoc basis on unique and challenging quantitative modeling assignments. 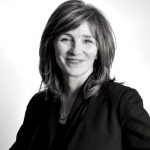 Amy is a skilled facilitator who brings high energy and high impact to all her workshops, both virtually and face-to-face.  She structures time and space in a way that help teams work through complex challenges. She creates highly interactive meetings so clients can have experiential learnings and come up with a clear trackable path towards their desired outcomes as a high performance team.

Susan Steiner has worked as a coach, trainer and consultant for 20 years in the US, Australia and Europe. She affiliated with A&R Consulting in 2012, and is based in Switzerland.  Susan is an ICF-certified coach with an educational background in science.  Areas of focus include communication, work life balence, strategic priorities, eliminating blocks and time management.

George begain his career in marketing for GE, HP, Lucent, AE and Amazon.  As a coach and trainer, George’s core competencies include assisting his clients to achieve tangible goals while experiencing profound personal transformation.  Clients acieve their goals through expanded self awareness, managing unproductive behaviors, overcoming blind spots and expanding what they perceive as possible.  George is accredited by the International Coach Federation and earned his Master’s degree in Psychology from the University of Santa Monica in 2003.  He affiliated with A&R in 2006.

Christine Chui is a seasoned executive coach who blends her extensive leadership development and business experiences to coach executives and managers in Asia. She advances their leadership effectiveness, broadening their versatility and enhancing their results. She has been awarded the PCC, Professional Certified Coach, from the International Coach Federation, the second top certification awarded to only 10 coaches in Hong Kong, where she presently resides.

Michael Naylor is a facilitator, coach and teacher with a special emphasis on the Enneagram tool as a method of self-awareness and accelerator of team effectiveness and productivity. He affiliated with A&R in 2014 where he supports A&R’s customized training on the Enneagram for teams.

Barbara is a cultural facilitator and communications expert who has 30 years’ experience of working with global leaders.  She holds a Masters in International Management and is the Author of “Make the Right Move Now: Your Personal Relocation guide.” She has lived and worked in Europe, Asia and the US.